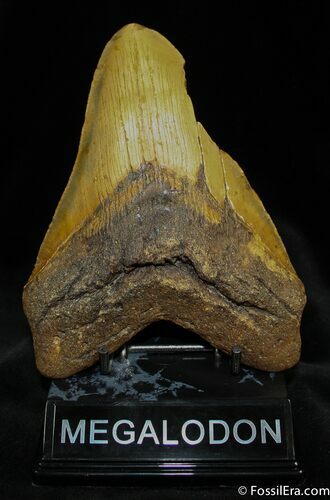 Here is a very large Megalodon tooth from SC, it's just 1/20th of an inch shy of 6 inches. It is a impressive tooth and would have come from a very large adult shark, probably over 50 feet in length. There is a section missing from the side, but otherwise it's in great shape, even showing some nice serrations along the edges. It displays very well on the included "MEGALODON" stand.