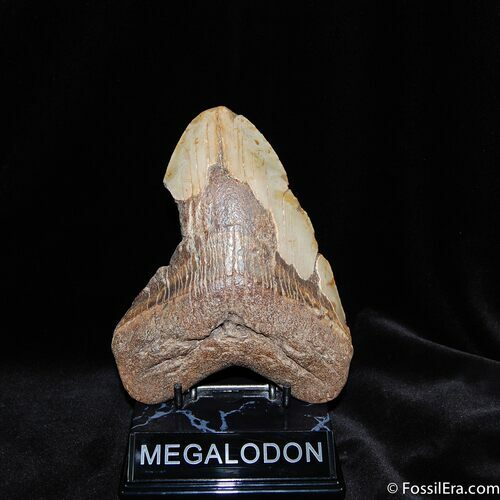 Here is a monster of a Megalodon tooth, if the tip was there it would have been six inches in length. It's 5.83 inches as it is. This came from a very large adult, prehistoric shark, probably in excess of 50 feet long. It would have been a true terror of the ancient seas about 5 million years ago. It displays very well on the included stand.