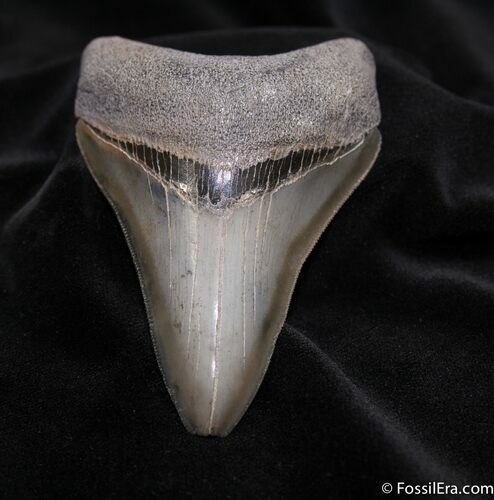 This is simply a beautiful Megalodon tooth. It has beautiful, glossy enamel, a great bourrelette, perfect root and sharp serrations. Other than the feeding damage to the tip, it's nearly perfect.