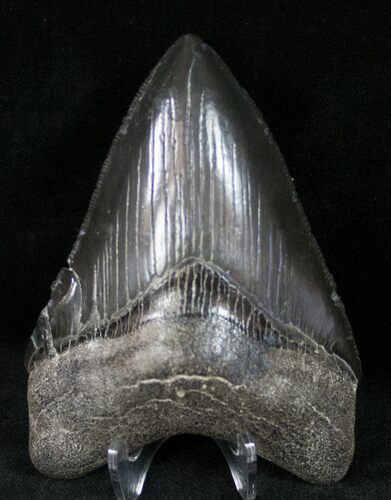 This is a beautiful, glossy, black, 3.85" Megalodon tooth collected in Medway Sound, Georgia. It comes out of the Hawthorn Formation making it Miocene in age. The enamel on this tooth is gorgeous and it has fine serrations.