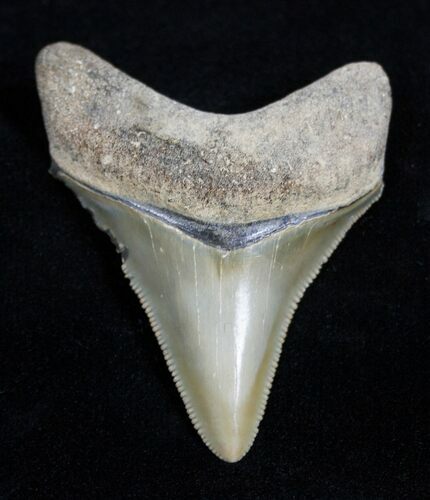 This is a high quality Megalodon tooth from Venice, Florida and the Bone Valley Formation. It is known as a "golden beach" megalodon which means it has a light colored root and highlights of gold in the enamel. Truly a beautifu tooth. The enamel is glossy, the bourrelette is great and it is highly serrated. This is a great collector quality tooth from the Bone Valley region of Florida which produces the most collectable meg teeth.