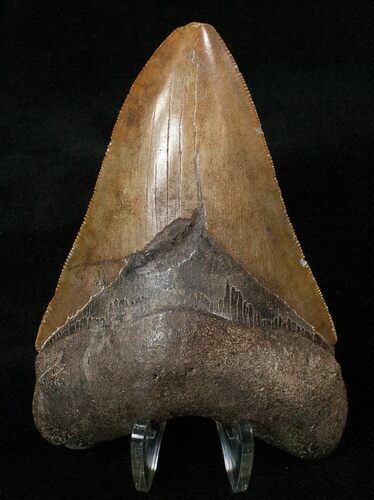 This is a good quality, 4.26" fossil Megalodon tooth with nice glossy enamel with sharp serrations and nice root. The brownish enamel is distinctive to teeth found in some of the rivers in Georgia and South Carolina. A tooth of this size would have come from an adult Megalodon shark in the 35 foot size range.