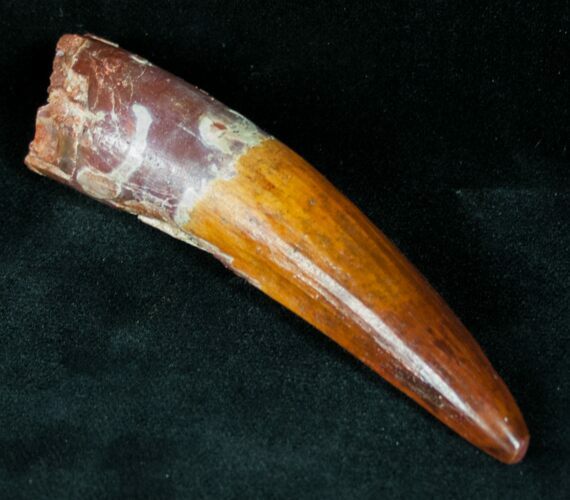 This is a killer, 3.45" long Spinosaurus tooth. It's very rare to get large Spinosaurus teeth with this nice of preservation. The enamel is nearly flawless and beautiful, it has very little feeding wear and a partial root preserved. There has been no repair or restoration done this tooth, just a tiny bit to stabilization done to the root.