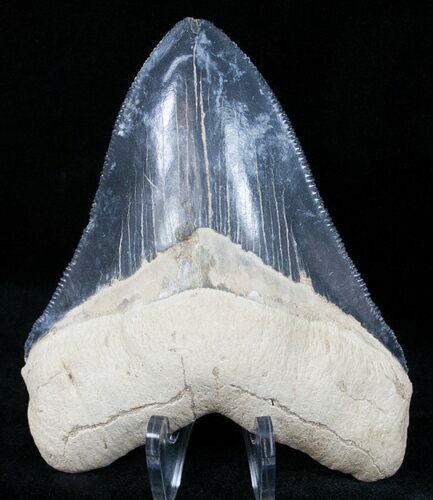 The Bone Valley region of Florida is world renown for it's distinctive and very collectable Megalodon teeth. The land sites in this area produce colorations found no where else. At 3.99" long this is a very large Megalodon tooth for the area as nearly all of the teeth found are from juveniles. It's believed that this area probably represented a nursery area for the Megalodon shark.

This specimen has great coloration and contrast between the root and blade. The serrations along the edges are very sharp with just a few minor nicks. The root is in great shape. Don't miss this beautiful tooth. Comes with an acrylic display stand.