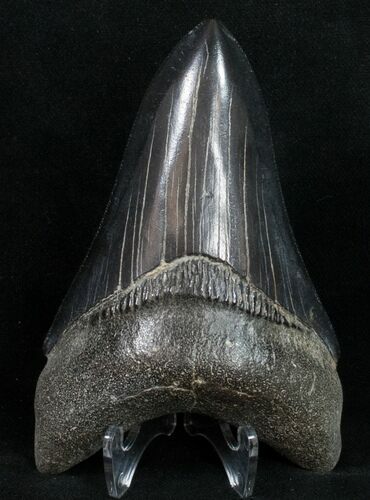 This is a beautiful, high quality, lower Megalodon tooth at 4.06" in length. It has gorgeous black enamel with olive highlights, a good root, nice bourrelet and fine serrations along the edge. It has the distinctive, dagger like shape of lower Megalodon teeth. Comes with an acrylic display stand.