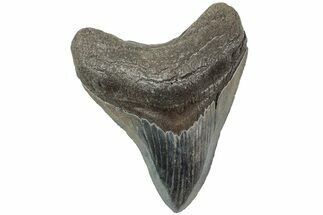 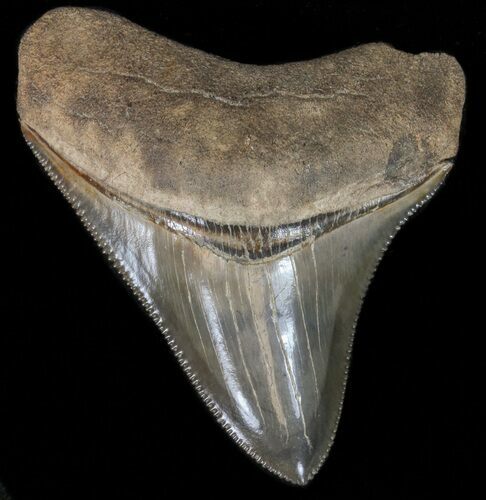 This is an absolutely gorgeous, 2.55" long, juvenile Megalodon tooth collected in South Carolina. It has beautiful, glossy enamel, sharp serrations and a fine tip to it.