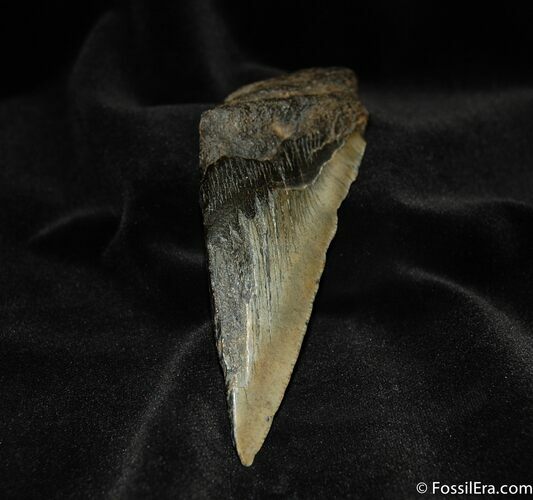 Here is half of a large nearly 5 inch long Megalodon tooth. This came from an adult, whale eating, mega-shark. A true terror of the seas 5 million years ago.