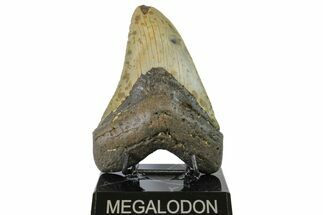 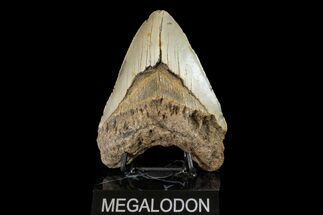 Half of a 5.2" Megalodon Tooth 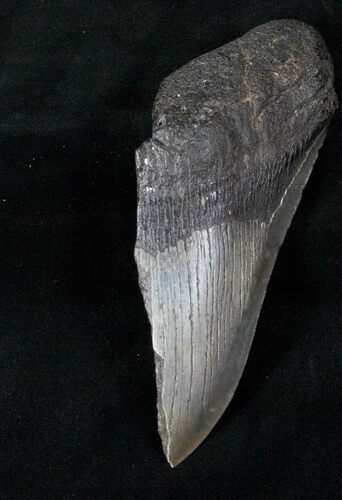 This is a half of a 5.2 inch long tooth from the prehistoric, mega-shark, the Megalodon. This tooth would have come from an animal around 40 feet in length. It was found in Georgia after it eroded out of the Hawthorn Formation. The serrations are still razor sharp along the edge. 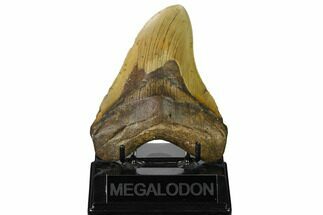