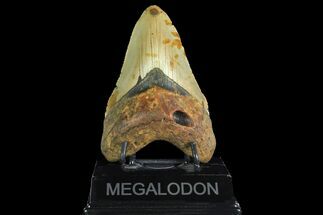 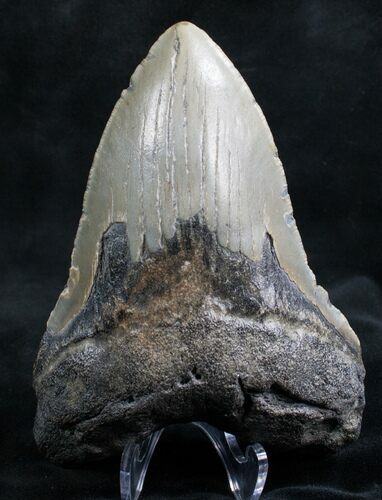 This is a very heavy, 5.07" long Megalodon tooth collected from the coast of the Carolinas after it eroded out of the Hawthorn Formation. This tooth would have come from a large, adult shark probably in excess of 40 feet in length. A true terror of the Miocene seas. It comes with the pictured stand.