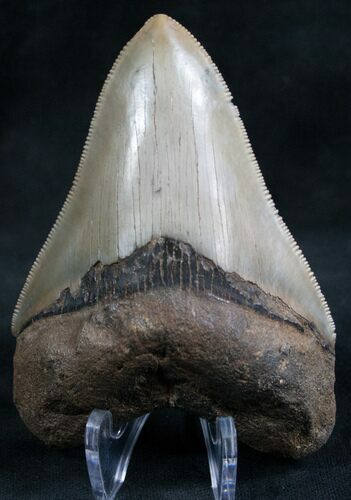 This is a high quality, 3.74" long tooth from the largest predator to ever inhabit Earth's oceans, the prehistoric Megalodon shark. This tooth is all around gorgeous with beautiful enamel, sharp serrations and a very robust root. It comes with an acrylic display stand.