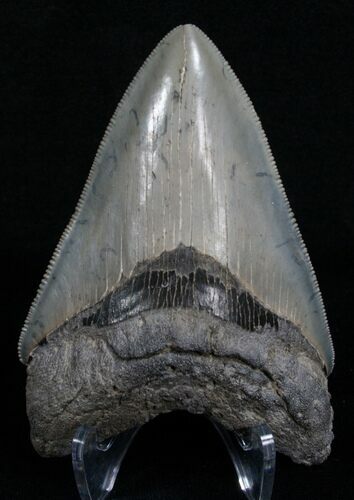 This is a very sharply serrated 4.05" Megalodon tooth from Georgia. It has beautiful light grey, glossy enamel and serrations so sharp you could use the tooth like a steak knife. A beautiful all around tooth which comes with the pictured display stand. 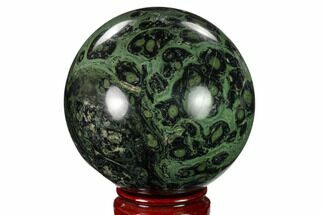