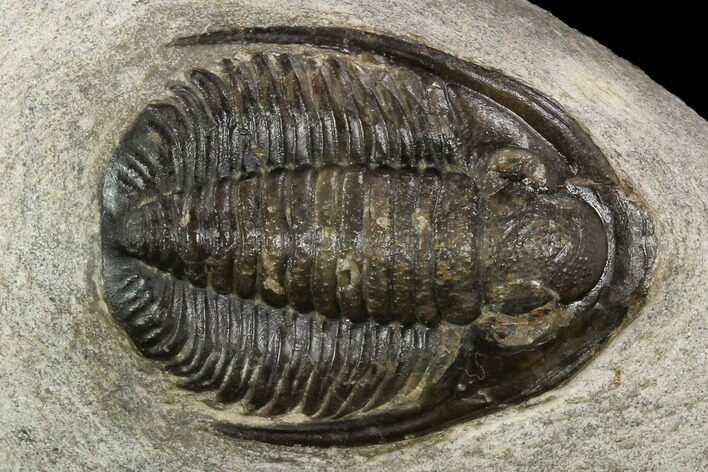 This a 1.55" long Cornuproetus trilobite from Morocco. This proetid trilobite displays it's distinctive swept-back genal spines. It's extremely large for the species.