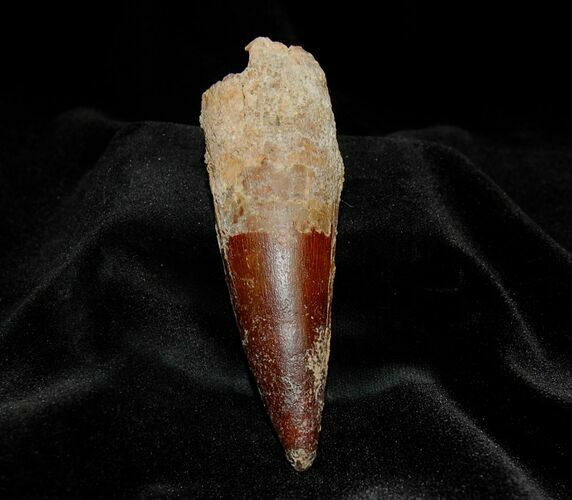 This is a very large and well preserved Spinosaur tooth from the Kem Kem Basin of Morocco. It was covered in a calcite crust when I received it and I spent over an hour under microscope cleaning it up. The enamel is a beautiful reddish-brown, it the tip is in good shape and the root is very robust. You couldn't ask for much more.

There is absolutely no restoration or repair on this tooth.