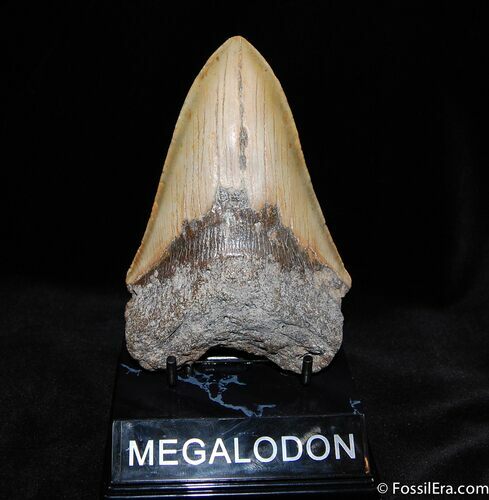 Here is a nice 5.13 inch Megalodon tooth which would have come from an adult 40-50 foot prehistoric shark. The tooth is complete with a very colorful blade, nice tip and some serrations along the edges. The tooth has no restoration or repair and displays nicely on the included "MEGALODON" stand.