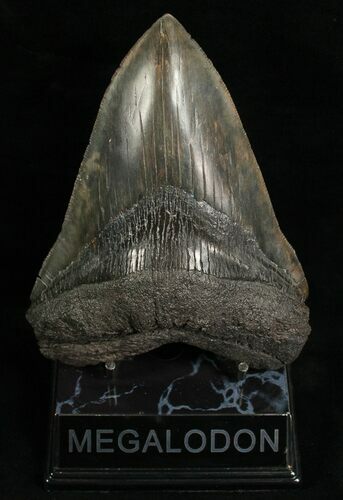 This is a huge, 5.62" long Megalodon tooth from the Hawthorn Formation. It's has a great shape to it, has beautiful blade coloration and is sharply serrated. It displays very well on the included, custom "MEGALODON" stand.

This tooth does have some restoration. There has been professional restoration done to the left side of the root and to some enamel peels on the front side. This is the reason the tooth is not selling for 3x what the price is.