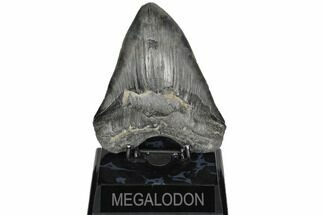 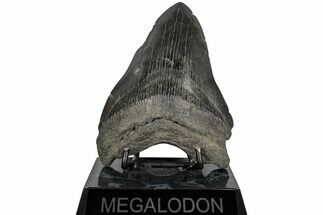 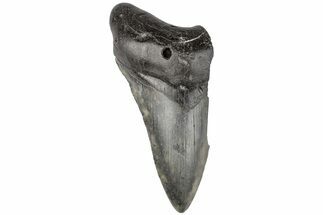 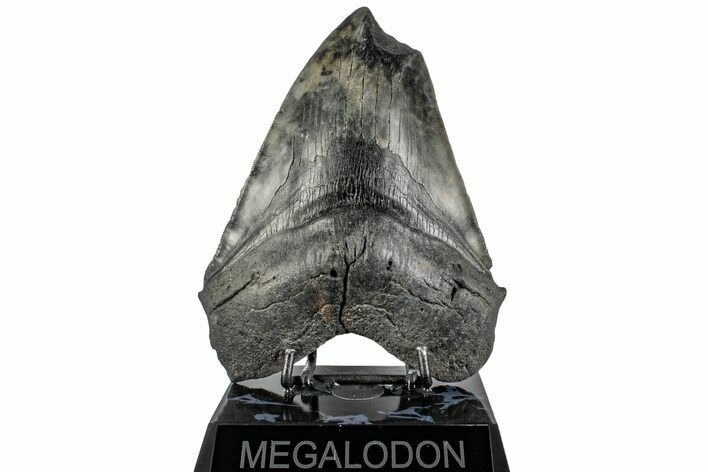 This is a huge, 5.89" long, fossil Megalodon tooth collected from a river in South Carolina. Given the size of this tooth, it would have come from a prehistoric, mega-shark in the 40+ foot size range. The tip shows signs of massive feeding damage, where it likely broke after hitting a bone in it's prey. 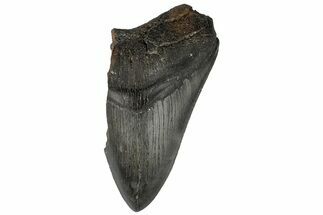