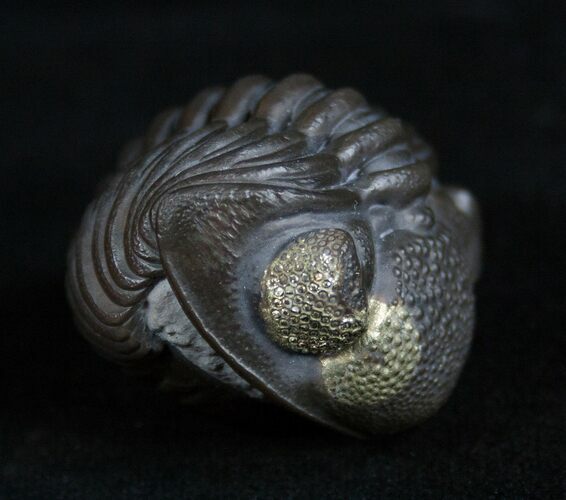 Some of the best preserved and most collectable trilobites in the United States are the Eldredgeops from Ohio's Silica Formation. Unfortunately none of the quarries where these were collected back in the 70's, 80's and 90's allow collecting anymore, so they have gotten scarce on the market. Enrolled specimens are particularly coveted by collections.

This is a exceptional enrolled specimen which is very large at 1.4 inches wide and approximately 3.3 inches around the curve. It's also unique in that it has a GOLDEN EYE, one of the eyes has been fully replaced by pyrite. 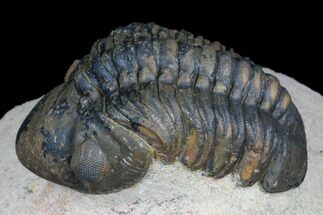