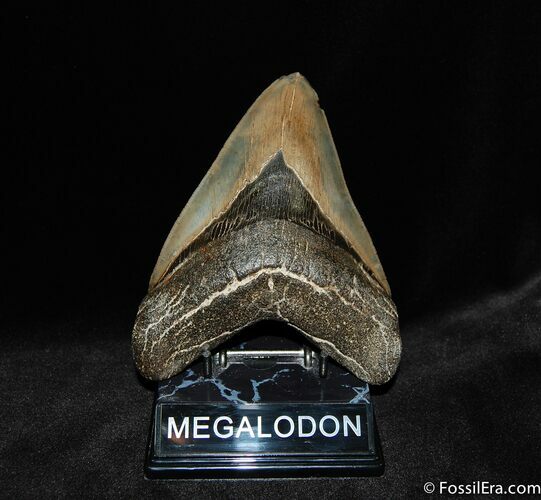 Here is a HUGE Carcharocles megalodon tooth found by a diver near Beaufort, South Carolina. This tooth is quite wide and has the classic arrowhead shape. The root is very solid, the serrations are quite sharp, the enamel is glossy and the coloration is absolutely beautiful. Did I mention it's on three 100th's of an inch short of 6 inches! It came from a truly massive, whale terrorizing shark.

This tooth has NOT been repaired and has no restoration. It displays great on the pictured stand which is included with purchase.