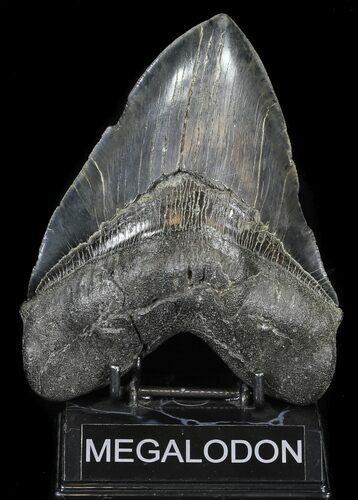 At exactly 6" long this in an absolutely massive Megalodon tooth. Complete teeth over 6 inches long are pretty rare find. Not only is it long it weighs 18 ounces! A tooth of this size would have come from a super-sized Megalodon shark, probably in excess of 50 feet in length.

While there are some dings to the edge of the blade, most of the serrations are still present. The tooth has great enamel preservation and a nearly intact bourrelet. Comes with the pictured stand to show off how impressive this beastly tooth is.