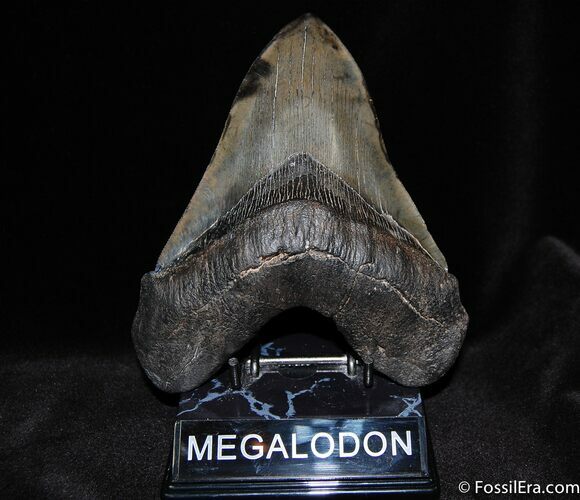 This is an A+ 6 1/4 inch megalodon tooth. Complete teeth over 6 inches are rare, but ones in this type of condition don't show up for sale very often. It's very solid, has a massive 5 inch wide root, great serrations, nice tip and absolutely beautiful coloration. It displays very well on the included stand. This is a truly impressive example of a tooth from this pre-historic, whale eating, mega-shark.

There has been some restoration done to the tooth. Professional restorations have been done to the right side of the root and a small portion for of the corner enamel just above that root.