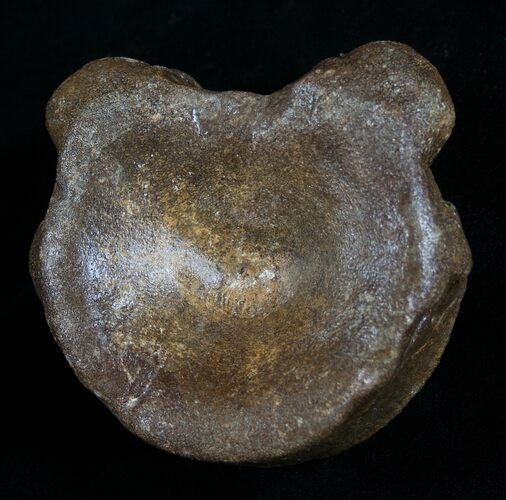 This is a large Ichthyosaur from the Jurassic aged Kimmeridge Clay, in England. This particular example is in very good shape with little of the weathering seen on many verts for this location.