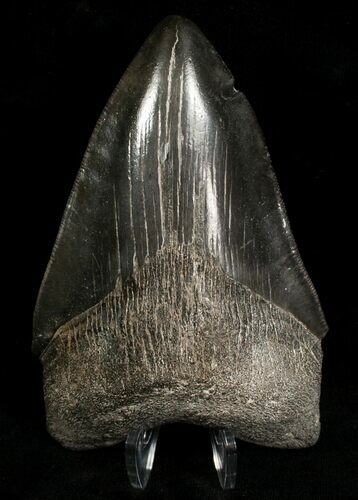 This is a beautiful, jet black Megalodon tooth that was collected in Liberty County, Georgia. It is 4.61 inches long, is a principal tooth with glossy enamel and a nice robust root. The serrations are worn but most are still visible. It comes with the pictured stand to show it off.