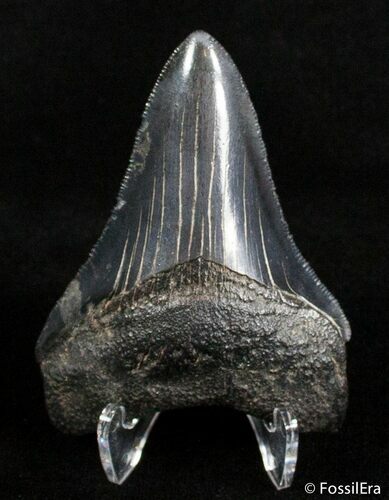 This is a goregeous JET BLACK Megalodon tooth with great serrations and a sharp tip.