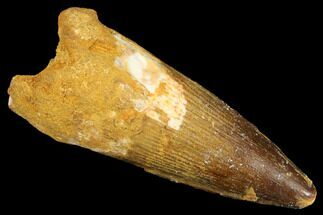 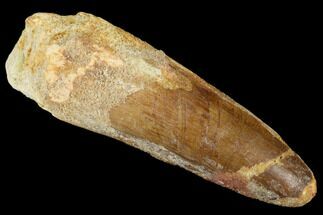 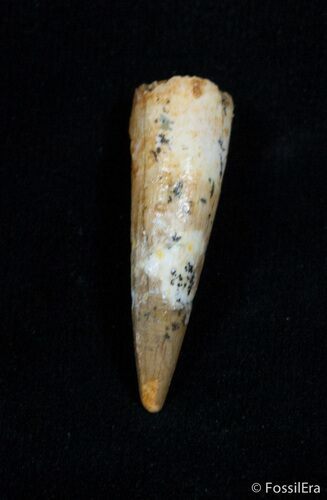 This is a small Spinosaurus tooth which would have come from a juvenile of the species. It has great preservation, including a relatively unworn tip. Here's a great chance to acquire a real tooth from the the largest theropod dinosaur to roam our planet at an inexpensive price. These teeth from from the Tegana Formation in Morocco and are approximately 110 million years old. There is no restoration on this tooth. 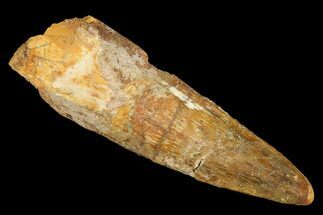