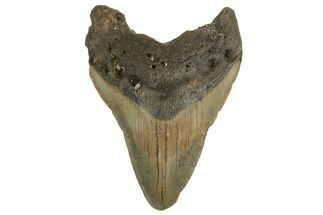 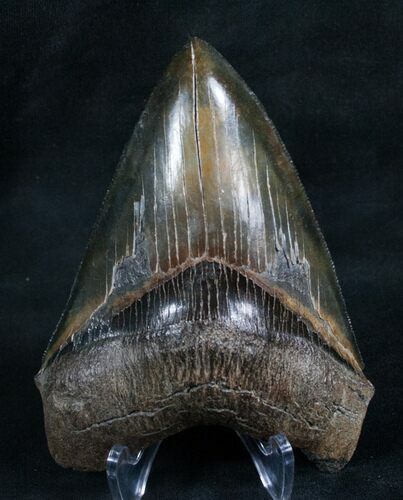 This is simply put a gorgeous Megalodon tooth. The enamel is glossy, with colors transitioning from dark black to light brown with green hues. Really beautiful. The serrations are sharp with just a few small nicks and the root is in excellent shape. The only downside to it is there is some enamel peals, mostly on the back of the tooth. It comes with the pictured display stand. 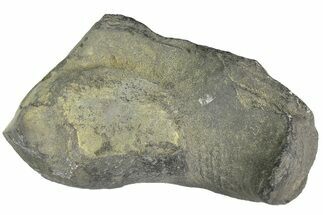 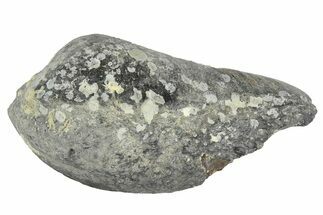 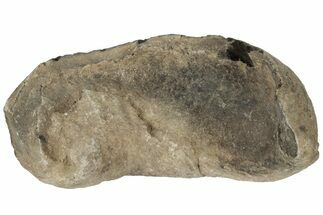