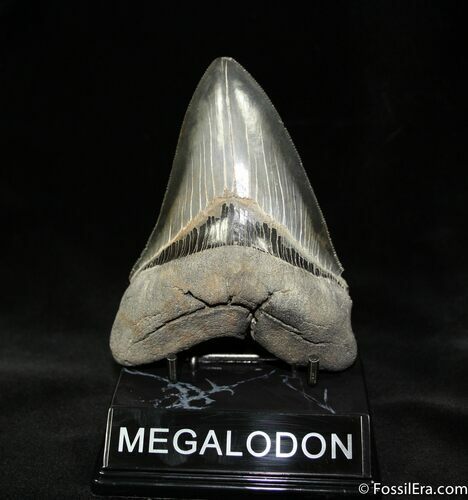 This is a really killer 4.77 inch Megalodon tooth from Georgia. The serrations on this are about as good as they get, still razor sharp to the touch. Like nearly all teeth that I sell it has no repair or restoration. It comes with a MEGALODON stand to show off how impressive the tooth really is.