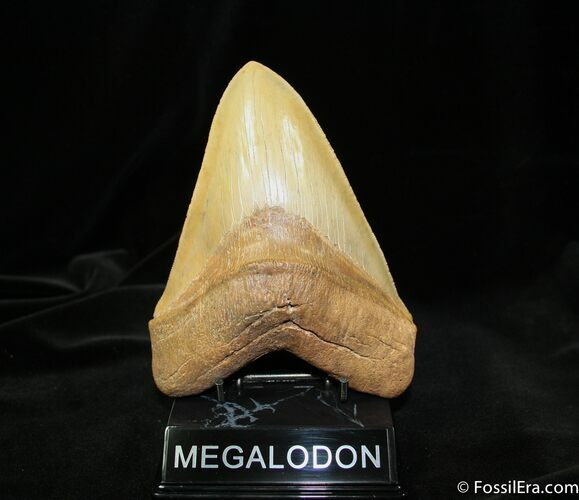 Large, high quality Megalodon teeth the Summerville, SC area of very rare finds. The environment of this famous land site was not a conducive to producing highly mineralized and well preserved teeth as many other sites.

This one is an absolutely killer specimen and at 5.95 inches is huge! Everything about this tooth is spectacular, just check out the great serrations and the beautiful coloration.

A small amount of professional RESTORATION has been done to the tooth. The tip of the tooth had a small chip (2mm) which was restored and there is some restoration of the corner on left hand side. Regardless this is a truly special tooth and the best one I've yet to list on FossilEra.