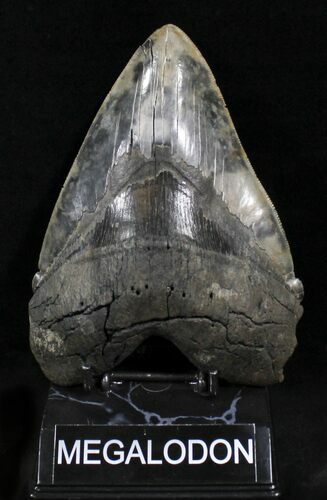 At 6.22" in length this tooth is an absolute BEAST of a Megalodon tooth. Teeth of 6 inches are very rare and represent extremely large individual sharks, in excess of 50 feet in length. Not only is this tooth massive, but it's beautifully preserved. The serrations along both edges of the blade are still shark, the enamel is glossy, and multi-toned, the root is in excellent shape and much of the bourrelet is present. Simply a killer specimen.