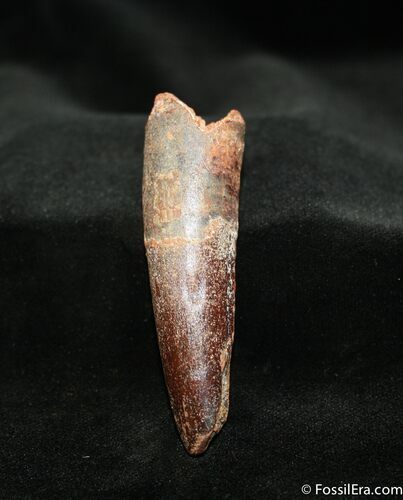 This is a rooted Spinosaurus tooth with nice dark red enamel. Teeth with this type of enamel preservation are hard to acquire. It's 2.8 inches in length with a partial root.