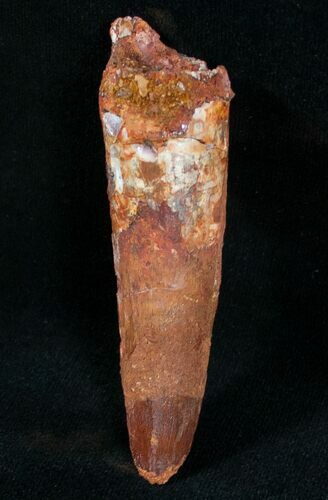 This is a large 3.18" long tooth a Spinosaurus the largest known meat eating dinosaur. It's Late Cretaceous, approximately 100 million years old and from the Kem Kem Basin in Morocco. There is a repaired crack and several gap fills (restoration) on one side. This is the reason a 3+ inch tooth is being offered at a bargain price.