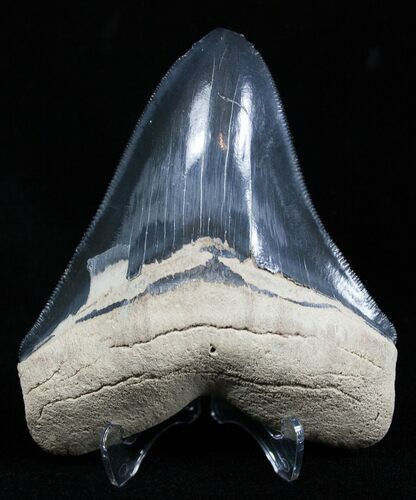 Unlike locations such as the Carolinas, large Megalodon teeth from Bone Valley are exceedingly rare. It's very hard to get good teeth in excess of 3 inches and this one is 4.03 inches long. The tooth is simply beautiful and has some super nice serrations along the edges. Any large teeth from Bone Valley Florida are highly collectable. 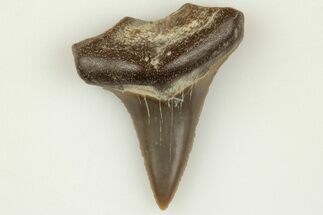 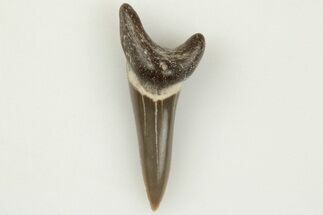