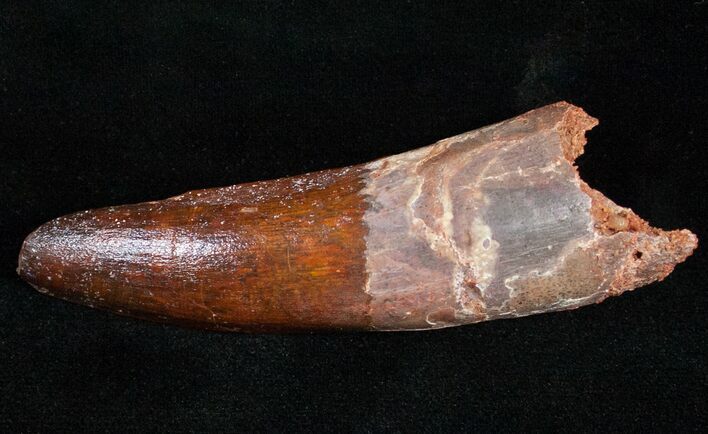 This is a large, high quality, fossil tooth of the gigantic theropod dinosaur, Spinosaurus maroccanus. It's hard to acquire large teeth like this one that have good preservation and have not been repaired or restored. This tooth is 3.66" long, has a partial root preserved and very nice, dark colored enamel preservation. Part of the tip has been sheered away on one side due to feeding damage while the dinosaur was still alive.