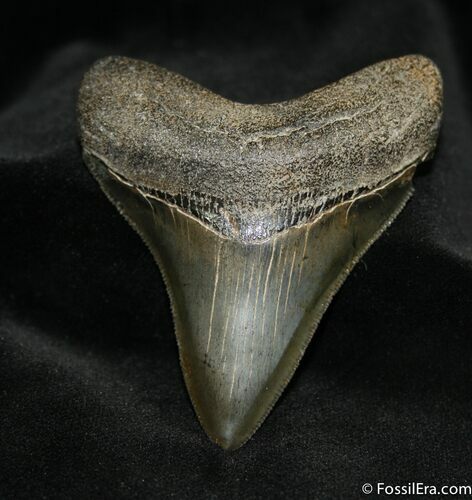 This is an amazing COLLECTOR QUALITY Megalodon tooth from Hilton Head, SC. The serrations are razor sharp, the enamel is beautiful and the root is as perfect as they get.