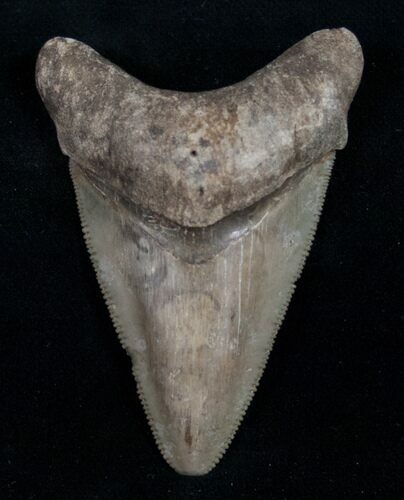 This is a light colored, 2.40" long Megalodon tooth which was collected from a river in Georgia. This light brown coloration is distinctive to some of the river finds in this state. Given its size it would have come from a juvenile Megalodon shark. The tooth is really beautiful and most of the serrations are still sharp.