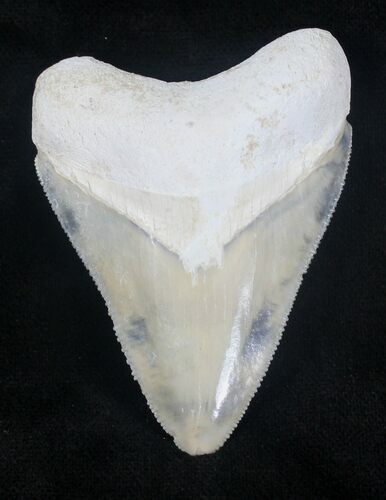 This is a beautifully preserved, light colored, 2.37" Megalodon tooth with fine serrations.