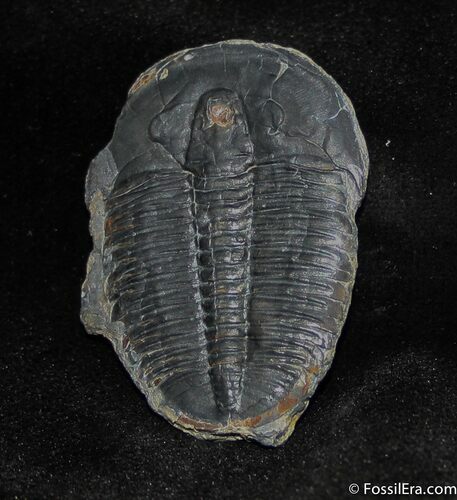 Here is a large 1.55 inch long 505 million year old trilobite fossil from the Wheeler Shale of Utah. It's nicely preserved on a calcite nodule, free of the surrounding rock. It has been prepared under microscope using air abrasives that exposes much more detail than the typical preparation methods used by the quarries.