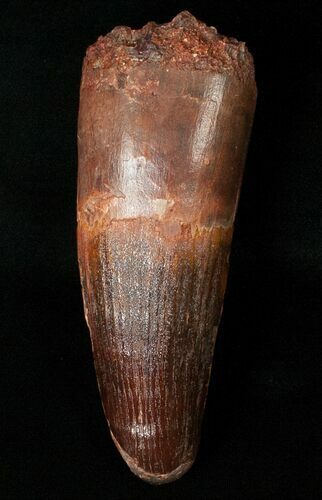 This is a monster Spinosaurus tooth at 4.05" long and 1.52" wide. I've only had a few non-composited Spinosaurus teeth over four inches in length. Not only is it big, but it has nice preservation with good enamel on most of the tooth. There is some feeding wear to the tip and a partial root present. Really an impressive tooth from the largest known, meat-eating dinosaur.