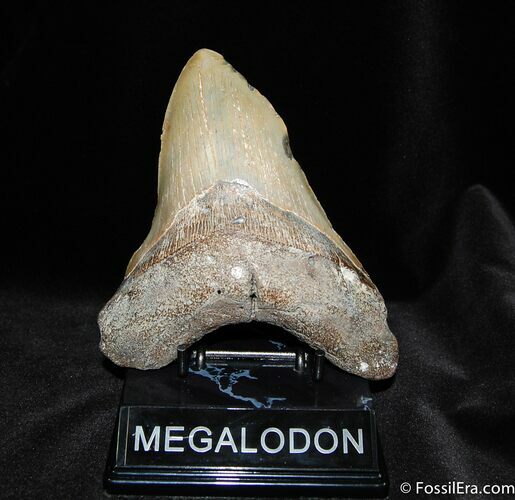 This is a beast of a Megalodon tooth at 5.7 inches long, it would have come from a prehistoric shark approaching 50 feet in length. The blade has some slight deformations in it, and the root on the tooth is massive. It was collected off the coast of either North or South Carolina after it eroded out of the Hawthorn Formation.

It comes with a custom "MEGALODON" stand to show off how truly beastly this ancient tooth is.