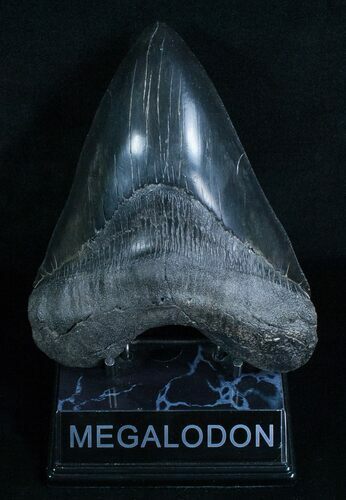 This is a massive 5.78" long Megalodon tooth from the Hawthorn Formation. Teeth this large are rare and it would have come from a mega-shark approaching 50 feet in length. The blade on this one is really nice, with glossy black enamel, visible serrations and a good tip. It comes with the pictured stand to show it off.

This is a restored tooth. A few enamel peels on the display side of the blade have been restored as well as the left corner of the root. This restoration work was very professionally done and doesn't take away from how impressive this tooth is.