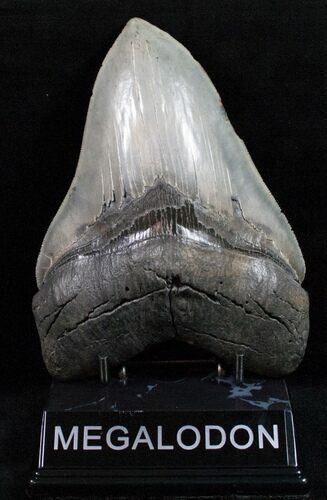 This is a truly massive Megalodon tooth at 5.83" long. Very few complete teeth get this large. The thing is this one is not only huge but it also has great preservation. The enamel is beautiful and glossy, the root is in great shape, and the serrations are sharp. A tooth of this size would have come from a adult, prehistoric shark in the 45 foot size range, a true monster of the Miocene seas. This tooth comes with a custom MEGALODON display stand (pictured)