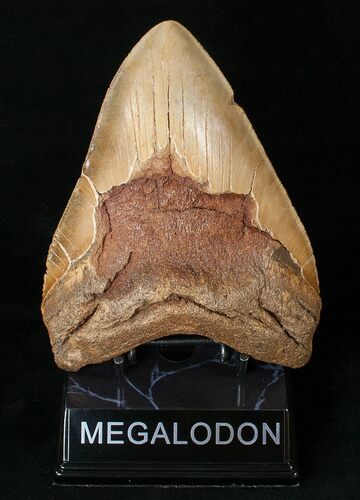 This is a absolutely huge 5.96" long, fossil Megalodon tooth. It's just a hair under 6 inches and it's rare to get Megalodon teeth this large. While the serrations are worn, most are still visible. A tooth like this would have come from a oversized adult, Megalodon shark, probably pushing 50 feet in length. Comes with the pictured display stand.