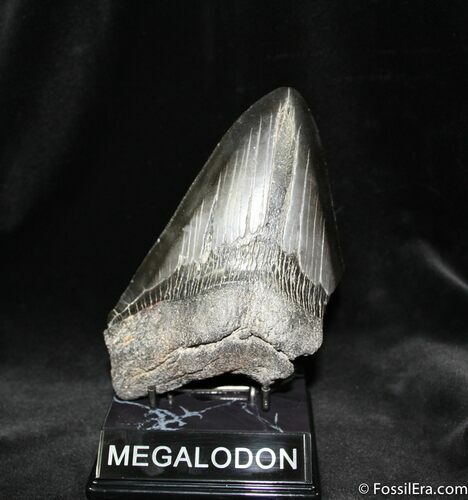 This is an absolutely MASSIVE megalodon tooth at 6.31 inches in length and weighing in at nearly a full pound. It would have come from a very large adult Megalodon shark, probably in excess of 50 feet in length. Other than the missing corner of the root this tooth shows excellent preservation for it's size including nice serrations along the edges. It comes with a "MEGALODON" stand to show off how truly impressive the tooth is.