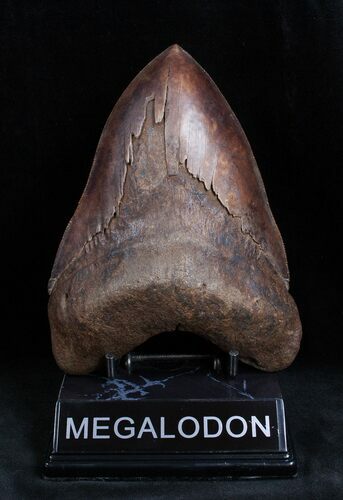 Here is a HUGE coffee colored Megalodon tooth from the Big Satilla River in Georgia. It's over 5 3/4 of an inch long with a very wide blade, great serrations and a sharp tip. There are some enamel peels on the front which is typical of large teeth but the enamel on the back is pristine. It comes with a custom stand to show off how impressive this massive Megalodon tooth is. This tooth has no restoration or repair.