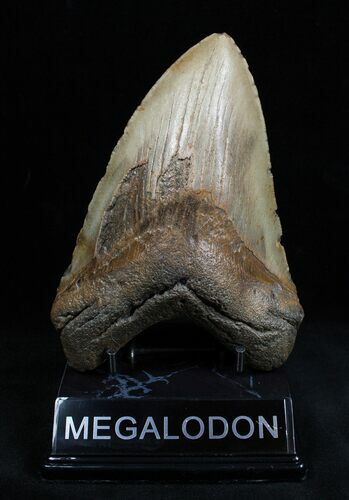 This is a huge Megalodon tooth at over 5 3/4 inches long. It would have come from a prehistoric shark approaching 50 feet in length, a true terror of the seas several million years ago. The tooth is complete, and in good shape other than a section of missing enamel on the front side. It has a very robust root, and no restoration of repair. It comes with the pictures "MEGALODON" stand to show off how impressive it is.