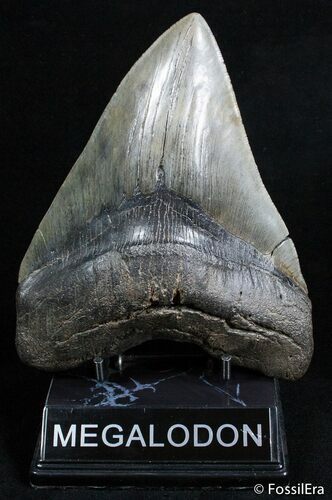 This is a whopper of a Megalodon tooth at 6.08 inches in length. Complete 6+ inch teeth are rare finds and would have come from an exceptionally large adult Megalodon shark. The tooth is heavy at almost a pound and has a beautiful blade and bourrelette. The serrations are pretty worn but can still be felt and it comes with a custom stand which this massive tooth dwarfs.

This tooth does have some RESTORATION work professionally done to the right side of the root and a small part of enamel in the corner on the right hand side. 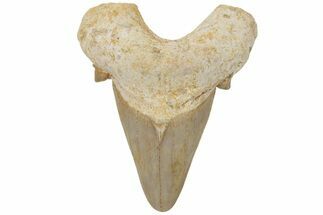