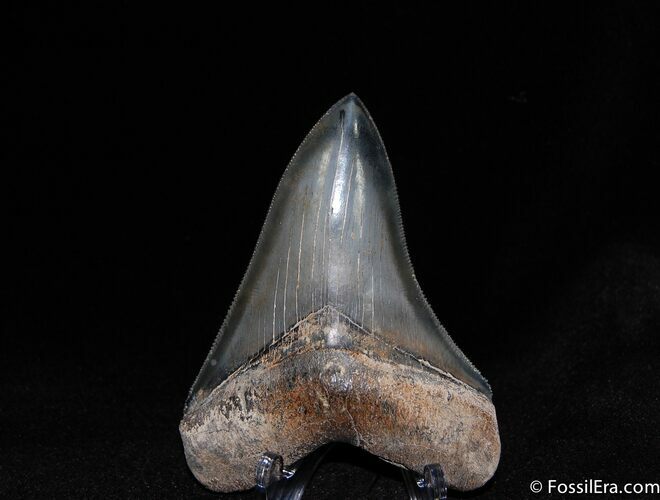 Check out the amazing sharp tip and killer serrations on this collector quality Meg tooth from Beaufort, SC It's 3.8 inches long and is absolutely beautiful with no restoration or repair. It includes an acrylic display stand to really show off how impressive this tooth is.